Often, when I discuss spanking with other people, they want to point out worse examples.  A parent beating their child until the bones are broken?  THAT is abuse.  If a husband broke his wife's ribs, that would be abuse, too.  But that doesn't mean that hitting her is OK, simply because the long term damage to her body is less.  However, I think that the focus in that kind of argument is looking the wrong way.  I want to look at the best I can do, not the worst I can do without it crossing the line (which is always changing according to different times and cultures). 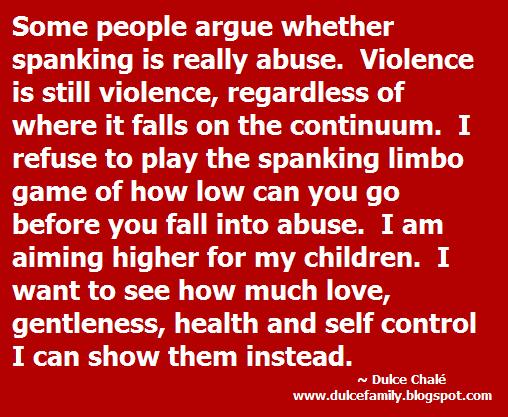