A Lesson from my Petite Chef 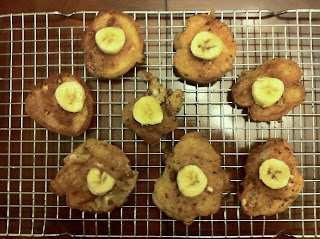 After the post on taking her desire to cook seriously and giving her more responsibilities and freedoms in that area, Ariana has gone to town.  This morning, I mixed up some pancake batter, but left it because the baby was fussy.  I walked into the kitchen, and she was happily frying up pancakes.

I am, to put it mildly, a bit of a control freak.  I noticed that she dripped a little batter.  That she was starting to flip a couple of them too soon.  That a different angle with the spatula would be easier for her.  I opened my mouth to tell her.  Then the Holy Spirit gave me a nudge.

None of the things I wanted to say was harsh or insulting.  I wanted to "help".  But in spite of my motivations, I could see it play out in my mind, just as it had played out in my past, with the radiant sparkle in her eyes dying down just a bit with each word of advice or correction until all the luster was dulled.  I took a deep breath.

She looked a little worried.  "Mom?  I messed up on a couple of these."  I smiled and told her that I did that sometimes, too.  In fact, it is a known rule among chefs that the first pancakes just don't turn out quite as good as the rest of the batch.  They were fine.  The anxious look faded and I received a blinding smile.  And you know what?  She was able to see for herself what she needed to do to make the next ones better.  I strongly suspect that most of the time, pointing out flaws is not particularly enlightening.  In my experience, most of the time people are already aware of the flaws, and encouragement is more constructive than criticism.  But, oh, how hard it is not to mention what could be better!

I left her to finish up, and when I returned, she had sliced bananas on top of the remaining pancakes and had dusted them with nutmeg.  Forgetting all that I had just learned, I asked her if she thought that the nutmeg might be too overpowering since it has such a pungent flavor.  She stood by her product.  I tried one, and had to apologize.  She had used a light touch, and instead of overpowering, it perfectly accented the banana.  They were delicious!  Oh, me of little faith.  All of the crunch of a waffle, but tender inside, yummy flavors.

Even more than a hot breakfast that I didn't have to cook, what I got out of this morning was another lesson in trust, in letting go, in being thankful, in moving past perfectionism, in joy, and in keeping my mouth shut.  It seems that I need this lesson far more than my seven year old needs a cooking class.  Thankfully, I have a patient and loving teacher.
Posted by dulce de leche at 9:54 AM

I really loved that! It is like a little piece of treasure to store away for when I have kids! <3

<3 Thanks, Sarah! I want to buy a copy of your book for my daughter when it comes out! ;)